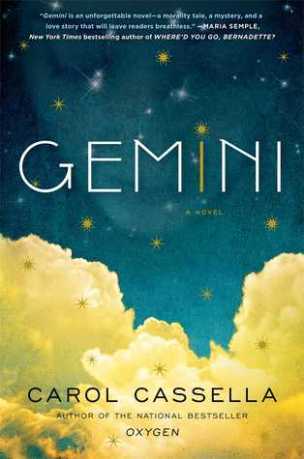 A captivating medical mystery wrapped in a contemporary love story—from a practicing MD whose novels are “just what the doctor ordered” (People).

Across the Puget Sound in a rural hospital on the Olympic Peninsula an unidentified patient lies unconscious, the victim of a hit and run. In Seattle, ICU doctor Charlotte Reese receives a call: Jane Doe will be transferred to her care. But when the patient arrives—with only tubes keeping her alive—Charlotte has to dig through x-rays and MRIs to determine what went wrong on the operating table. Jane Doe’s condition is getting worse each day, and Charlotte finds herself becoming increasingly consumed by her patient’s plight—both medical and personal.

Who is this woman? Why will no one claim her? Who should decide her fate if she never regains consciousness? As a doctor and a woman, Charlotte is forced to confront these issues head on—especially when her boyfriend Eric, a science journalist, becomes involved in the case. But the closer Charlotte and Eric get to the truth, the more their relationship is put to the test. The key to unlocking Jane Doe’s secret is opening their hearts to their own feelings about life and death, love and marriage…and each other.

Filled with intricate medical detail and set in the breathtaking Pacific Northwest, Gemini is a vivid novel of moral complexity and emotional depth from the bestselling author of Oxygen and Healer.

This was definitely a book of important medical decisions, of crazy genetic possibilities and a book about relationships but to me what stood out was that its a story about poverty in the Pacific Northwest and how the poor can slip through the cracks.  Who is Jane Doe? Why was she fleeing with nothing but a canvas bag?  Should a hospital be allowed to make the decisions about her end of life?

I really don’t want to say a lot about the plot because I think finding that yourself is part of the joy of reading, especially in a book like this!  Cassella weaves these questions into an emotional mystery–it took me a while to figure out where the threads were coming together, but maybe other readers will pull it all together more quickly.   I actually really liked the concept of this story, but overall I just really didn’t connect with the characters.  Raney and Bo just weren’t that likable to me and Charlotte wasn’t enough to hold the book on her own.   I was even mixed in the end, half happy at the resolution, half frustrated!

This book did give me a lot to think about though, and touches on important issues that we should all consider for ourselves and discuss with family.  I think this could be a good book club book for discussion.

Goodreads has a giveaway of 20 copies going and no one has entered!  Check it out and tell me if you win!

Thank you Simon & Schuster and Netgalley for this advanced read copy for review.