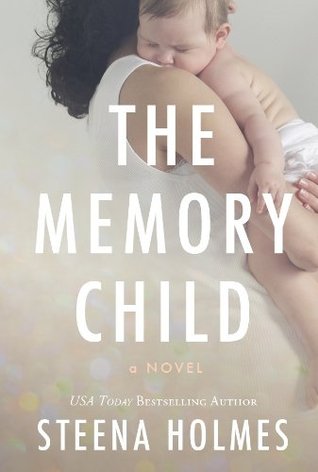 When Brian finds out that his wife, Diane, is pregnant, he is elated. He’s been patiently waiting for twelve years to become a father. But Diane has always been nervous about having children because of her family’s dark past. The timing of the pregnancy also isn’t ideal – Diane has just been promoted, and Brian is being called away to open a new London office for his company.

Fast-forward one year: being a mother has brought Diane a sense of joy that she’d never imagined and she’s head over heels for her new baby, Grace. But things are far from perfect: Brian has still not returned from London, and Diane fears leaving the baby for even a moment. As unsettling changes in those around Diane began to emerge, it becomes clear that all is not as it seems.

A woman’s dark past collides head-on with her mysterious present in this surreal and gripping family drama.

This book had such potential!  We get Diane and Brian’s story from both of their perspectives.  Brian tells us of the moment accidentally finding Diane’s pregnancy test -hidden in the garbage and describes her pregnancy from then on from his perspective.  Meanwhile, Diane sits holding beautiful baby Grace and gives us her day to day experiences and wonders why her husband is so busy working that he can’t get home to them.

Holmes did well in making me feel for both Diane and Brian’s point of view during the pregnancy. She doesn’t want to hurt her career momentum, while he just wants to start their family and move forward.  As a working mom I really felt where Diane was coming from, but at the same time she was kind of a jerk to Brian!  I don’t have to love the characters to enjoy a book, but I really didn’t like Diane at points.

Then we learn the details of Diane’s family history of mental illness and her own fears of having a child make so much more sense. You feel so much more empathy for her.  This book could have been great!  But for me the ending felt trite after the lead up.  Diane’s nanny rubbed me the wrong way so I just could not trust in what her role was.  I felt like there was more promised with the hints given about Diane’s boss and her sister-maybe that would have saved this book for me?

There are a lot of 5 star reviews for this book, so maybe I missed something.  Anyone else read The Memory Child?

Thank you Amazon Publishing and NetGalley for this advance copy in exchange for an honest review.