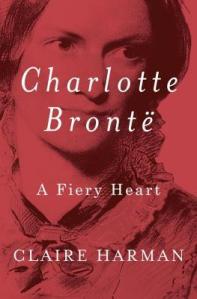 A groundbreaking biography that places an obsessive, unrequited love at the heart of the writer’s life story, transforming her from the tragic figure we have previously known into a smoldering Jane Eyre.

Famed for her beloved novels, Charlotte Brontë has been known as well for her insular, tragic family life. The genius of this biography is that it delves behind this image to reveal a life in which loss and heartache existed alongside rebellion and fierce ambition. Claire Harman seizes on a crucial moment in the 1840s when Charlotte worked at a girls’ school in Brussels and fell hopelessly in love with the husband of the school’s headmistress. Her torment spawned her first attempts at writing for publication, and the object of her obsession haunts the pages of every one of her novels–he is Rochester in Jane Eyre, Paul Emanuel in Villette. Another unrequited love–for her publisher–paved the way for Charlotte to enter a marriage that ultimately made her happier than she ever imagined. Drawing on correspondence unavailable to previous biographers, Harman establishes Brontë as the heroine of her own story, one as dramatic and triumphant as one of her own novels.

What a short and sad life.  Really what sad and short lives all of the Brontë children had.  So much talent lost to consumption, to a strangely unhealthy family lifestyle and to opium in the case of Charlotte’s brother.  Though this book was about Charlotte it would be impossible to tell her story without the context of her family.  It was fascinating to read about the Brontë siblings writing and sharing as children and how that grew into the three sisters publishing as the Bells.  The letters that Harman accessed for source were moving and gave such thoughtful context to the eventual writing of Jane Eyre.  I suppose as a reader I should be thankful for the unrequited love in Charlotte Brontë’s early life because without that story there would be no Rochester and that would be a loss!

I might not be raving about this book quite as much as Romantic Outlaws, but it was still fascinating to read about how really revolutionary Charlotte was for her time.  Really though in the end, I was just sad.  I wonder how much happiness Charlotte missed out on with her early death and how many books she might have had left to write.  I am absolutely more inspired now to read Vilette, reread Wuthering Heights to see if I can hate it less and to try Anne Brontë’s Tenant of Wildfell Hall.  Obviously I have to reread Jane Eyre as well.  A Fiery Heart felt long while reading, but despite the depth was really easy to lose myself in the Brontë’s world every morning.

Next nonfiction though will be Flappers: Six Women of a Dangerous Generation by Judith Mackrell based on The Paperback Princess’s raves about it.  What biographies are you loving now?