In Beacon Heights, Washington, five girls—Ava, Caitlin, Mackenzie, Julie, and Parker—know that you don’t have to be good to be perfect. At first the girls think they have nothing in common, until they realize that they all hate Nolan Hotchkiss, who’s done terrible things to each of them. They come up with the perfect way to kill him—a hypothetical murder, of course. It’s just a joke…until Nolan turns up dead, in exactly the way they planned. Only, they didn’t do it. And unless they find the real killer, their perfect lives will come crashing down around them.

This is my second Sara Shepard book and I really should have remembered– the freaking cliffhanger!

I reviewed Shepard’s other new series of 2014 The Heiresses here.   We at least had a resolution to the major murder in that book but in the end the reader is still left hanging from a giant cliff.  Why do that to me again Shepard?  I have no idea of who the murderer is here and I’m going to have to keep reading to find out!

So… back to the beginning, we follow these 5 “perfect” high school students in the aftermath of a classmate’s murder.  Each of them had a motive-but so did nearly everyone else we come across!  I liked that the girls were all different-beauty queen, athlete, musician, etc.  Only Julie and Parker were really friends before Nolan’s death so the reader is learning about each girl along with her partners in crime.  This also helps keep your suspicions on everyone.  We don’t know any one girl enough to believe she’s innocent.  I liked the changing perspectives and seeing what the girls thought of each other too.

While the 5 perfectionists are being fleshed out for us,  the rest of the characters really are just shadows.  They’re all there only as foils to the main five girls.  It would have been nice to have some more depth to the surrounding characters-and perhaps some love interests that were not jerks!  This was a bit off putting for me–can one of these girls please have a healthy relationship?

With the title of The Perfectionists I was expecting for some reason a group of super-likeable popular girls-this was definitely proved wrong!  I can’t say I liked all of the girls, but I am definitely caught up in the drama.  I want to know who’s behind this all!

Some young adult books defy the niche they’re placed in and just are great books.  The Perfectionists felt like a book written for young adults-these are teens who are acting like teens.  This is not a deeply introspective book but it was definitely still compelling.  Shepard does an excellent job twisting the plot so you don’t know what’s coming next.   If you’re looking for some light and fluffy reading with a side of teen angst – and can handle the stress of a cliffhanger – check this out.  Book 2, The Good Girls is coming next summer so we don’t have too long wait for more!

Thank you to Harper Collins and Edelweiss for this advance copy in exchange for an honest opinion.

Only Everything, Kieran Scott

Published May 6, 2014 by Simon & Schuster Books for Young Readers 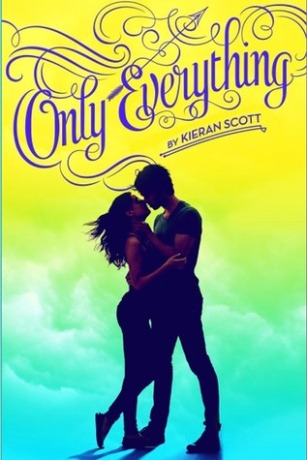 High school romance is tough—even for a bona fide love goddess. Can Cupid succeed as a mortal matchmaker?

When Eros (aka Cupid) is expelled from Olympus for defying Zeus after falling in love with Orion, she is banished to what she believes to be hell. We call it New Jersey. If she ever wants to go back to the comforts of her old life, she will have to find love for three couples—without using her powers.

Eros, now calling herself True, immediately identifies her first project in Charlie and believes finding him love will be a piece of cake. Charlie is new at school and eager to break out of his old image of band geek, so it’s lucky for him when he falls in with the right crowd on his first day. But music is still his passion. That is, until he meets Katrina…

Katrina is floundering after the death of her father and takes refuge with a boy who, while not entirely supportive, will be there when she needs him, unlike her mother. Too bad True thinks any girl Charlie talks to is perfect for him. Can she get out of her own way and help Charlie and Katrina connect, or will she be stuck in New Jersey forever?

I love reading mythology and I really like seeing these timeless stories with a new twist.  This was a fun and light take on Eros, the Greek god of love.  Kieran Scott turns Eros into a goddess with a bit of an attitude.  Eros has been so busy with her new love Orion that she’s not doing her work of facilitating love matches, so she is banished to Earth to get to work.  Eros becomes True, a high school student that would fit right into Mean Girls.

I admit, True was not my favorite character in the beginning.  She’s whiny and self-absorbed, but I really came around on her by the end and I look forward to reading the rest of the series. I think there’s going to be a lot more to her than just matchmaking.

I didn’t mind True’s less pleasant characteristics because I thought Charlie and Katrina were both just adorable.  It was obvious where the romance was leading from the beginning, but the journey was worth it this case.  Yes, this was a fluffy high school romance, but there the accompanying teenage angst was not overdone.  Scott was able to keep it serious without too much melodrama (besides from Aphrodite and when you’re a goddess you’re allowed to be melodramatic).  I also really love reading books where not every character is lily white and flawless so thank you Kieran for that!

A very cute new series, check it out when you’re looking for a light read!